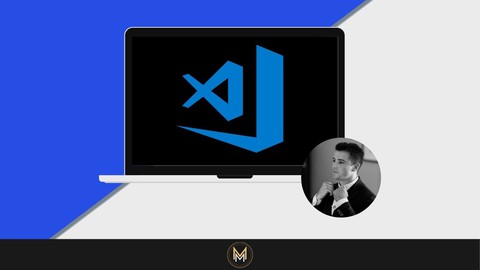 Learn Visual Studio Code the most popular code editor in Web Development! Go from Beginner to Master in VS Code

VS code is at the moment the most popular code / text editor on the market, and it is FREE! The fact that it is so popular means that it also has a insane amount of updates and Extensions which will speed up your coding! Visual Studio Code is a lightweight but powerful source code editor which runs on your desktop and is available for Windows, macOS and Linux. It comes with built-in support for JavaScript, TypeScript and Node.js and has a rich ecosystem of extensions for other languages (such as C++, C#, Java, Python, PHP, Go) and runtimes (such as .NET and Unity).

You May Also Like This Course: Visual Studio Code for .NET Developers