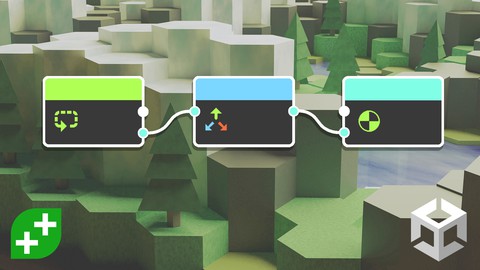 Ready to build 2D & 3D games in Unity with no coding? Welcome to the wonderful world of Visual Scripting! If you feel intimidated by coding, or don’t know where to start with game development, this is the course for you!

Learn the fundamentals of game development, while learning to navigate the Unity interface, to build a solid foundation for future projects. You’ll learn all about Basic Player Movement and Game Physics, as well as Asset and Graph Management, Player Input and UI. And we’ll take you through Game Design.

This course is beginner friendly; no previous Unity or coding experience is needed. It’s perfect if you want to break into Unity game development but are intimidated by coding, or you want to explore an alternate way of scripting games in Unity.