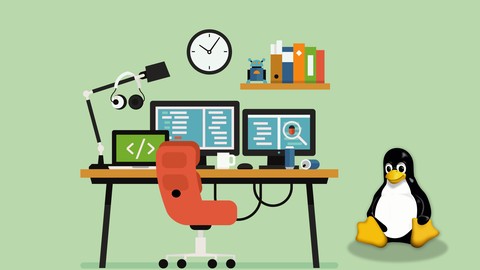 One of the biggest complaints I hear from students is that most of the courses they’ve taken in the past simply provide information without any context and without any idea of how to put that information to use! This course turns that old, frustrating, and outdated way of learning on its head. It’s project-based, which means instead of learning bits and pieces of information, you’ll write actual shell scripts that you can use in real-world situations. You get the chance to immediately put what you learn to use so that you fully understand and remember it.

In this Linux shell scripting course you will learn how to: