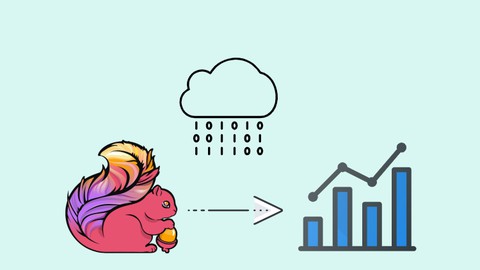 Apache Flink is widely growing in popularity for its ability to perform advanced stateful computations in a way that scales to meet the demands of both high throughput and high performance use cases. Not only is Apache Flink very scalable and performant it also integrates with a wide variety of source and sink data systems like flat files (CSV,TXT,TSV), Databases, and Message Queues (Kafka, AWS Kinesis, GCP Pub/Sub, RabbitMQ).

In this course students will learn to harness the power of Apache Flink which is a modern distributed computing framework providing a unified approach to both batch and streaming data processing workloads. This course specifically focuses on the relational programming paradigm exposed through Apache Flink’s Table API and SQL interface (with examples in Python) offering intuitive yet powerful abstractions to process vast amounts of data in either bounded (batch) or unbounded (streaming) sources.